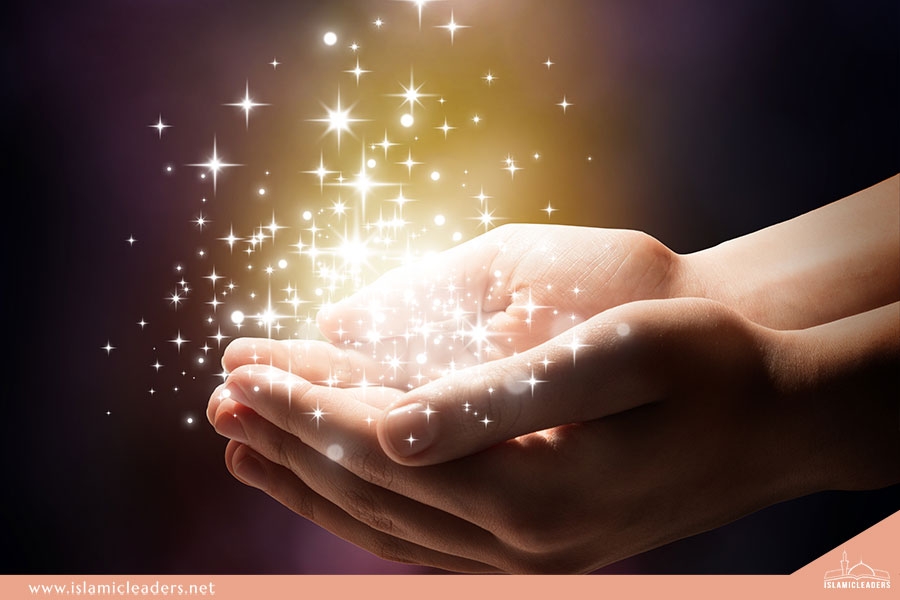 Allah said to the angels Jibra'eel and Mika'eel that one of them had a longer time to live than the other - he asked the angels whether either one of them would agree for the other to have the longer life. They both replied that they each would like to live longer so that they could worship Allah more. Allah then informed them, "On the earth tonight, one brother is willing to give up his life for the safety of his brother. Go down, and protect him."

Both angels came down to the house of the Prophet (S) and looked after the Imam (A) all night long. At dawn time, the killers rushed into the Prophet's (S) house and pulled off the blanket. They were amazed to see Imam Ali (A) there, and so they left angrily.1 Allah liked this action of the Imam (A) so much that he revealed a verse in the Qur'an:

And of the people is he who sells himself, seeking means to the approval of Allah. And Allah is kind to [His] servants.2