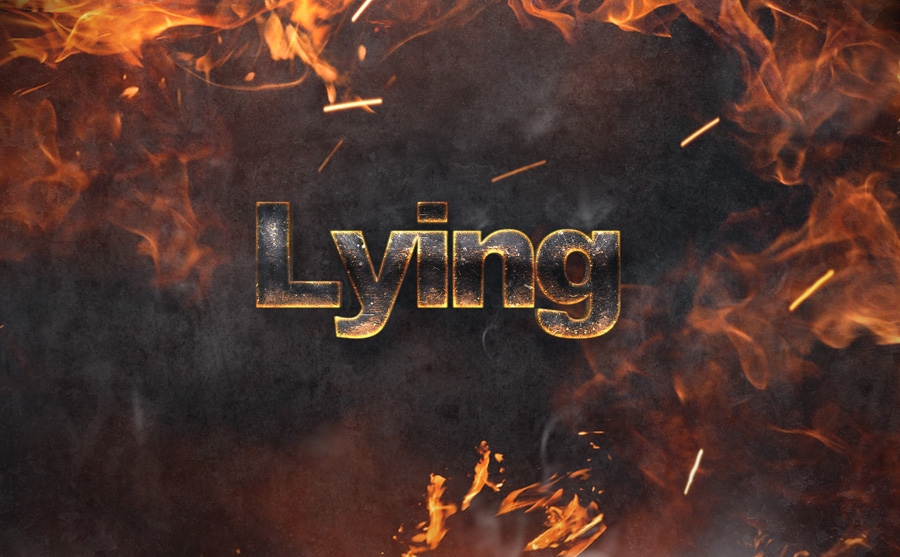 The effects of lying are like the effects of the autumn wind on the leaves of trees. Lying extinguishes the light of man's existence and enkindels the fire of treachery in him...

If a man's tongue becomes poisoned with lying and its filth appears on him, its effects are like the effects of the autumn wind on the leaves of trees. Lying extinguishes the light of man's existence and enkindels the fire of treachery in him. It also has an amazing reaction in terminating the ties of unity and harmony between persons and spreading hypocrisy.

The three signs of a hypocrite are: lying, betraying trust and going back on his word (not fulfilling a promise)."

Therefore, hypocrites are liars, because they lie to themselves.

The Noble Qur'an says about them:

In their heart, there is a disease, and Allah increases their disease and they shall have a painful chastisement because they lie." (2:10)

For people with evil intentions, lying is an open door for them to reach their selfish goals by concealing the facts behind their magical words and capturing innocent people with their poisonous lies.

Liars have no time for them to think or reflect. They rarely consider the possible conclusions, claiming that 'no one will ever discover their secrets'. In their words we find many mistakes and contradictions. Liars will eternally become covered with shame, failure and disgrace. Therefore, it is true to say that 'liars have bad memories'.

Islam and reason command that if a Muslim's soul, honor or essential belongings are endangered, it is his obligation to defend them by any means possible, including lying.

Necessary lying has its limitations. It must stop on the border of necessity.

Lying is not permitted except in three cases: a man speaking to his wife to make her happy; lying in times of war; and lying in order to reconcile between people." (Tirmidhi)

Necessary lying has its limitations. It must stop on the border of necessity. Nevertheless, we should not ignore the fact that lying is a great evil, and that if some harm is removed by lying (when permitted) it is with the view of countering the greater evil with the lesser one.