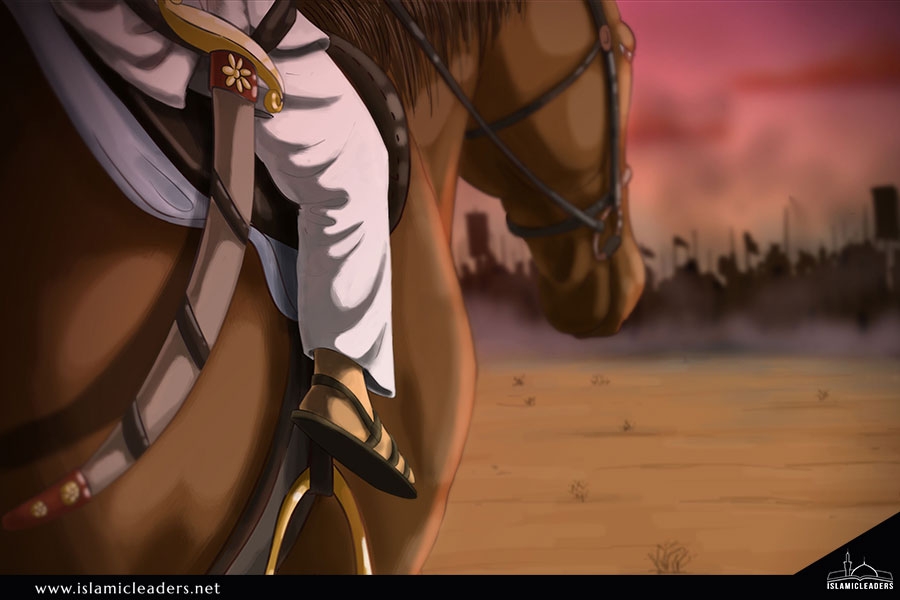 In the last days of his life, our 3rd Imam, Imam Husain (A) had to fight against the evil king Yazid and his army. Yazid was changing the religion of Islam that Prophet Muhammad (S) had worked so hard to teach. Now the time had come for someone to stand up against him and to tell him that what he was doing was wrong.

The Imam (A) left Madina at the end of Rajab in 60 AH and went to Makka to see what the Muslims felt about Yazid. Then, the people of Iraq kept writing to the Imam (A) to come to help them. They even said that they would complain to his grandfather on the Day of Judgement if he ignored them. In reply, the Imam (A) sent his cousin Muslim to Kufa to report about the situation there. Meanwhile he continued to prepare for Haj. Then, Yazid sent some people to Makka to kill the Imam (A). Since he did not want fighting on the holy ground, the Imam (A) left Makka for Kufa. On the way to Kufa he was stopped by Hur, a commander in the army of Yazid.

In the beginning of Muharram in 61 AH, the Imam (A) was forced to camp in the land of Kerbala. All through his travels, the Imam (A) was accompanied by his family. There were ladies and young children. When the time came to fight against the army of Yazid, one of his young nephews, whose name was Qasim, was very keen to join in the fighting. Qasim was the son of Imam Hasan (A). He was only 12 years old. He kept asking the Imam (A) to let him go and fight the enemies of Islam. The Imam (A) turned to his young nephew and asked him, "My dear son, what do you think of death?" He said,

"To die in the way of Allah is sweeter than honey!"

We learn from this story that:
We must do whatever we can to help Islam, whether we are young or old.
Imam Hussain and Qasim and the rest of the martyrs of Karbala, died so that we could have Islam the way that we have it today. To thank them for their sacrifice, we should become the best Muslims we can possibly be.

A man came to the chief of martyrs Imam Hussain (A.S) & said " I am a man who commits sin & do not have patience & constraining power against sin & wrongs, so admonish me with a (piece of) admonition. Thus he (S) said Do five things & commit any sin you may wish. First is that do not eat the sustenance of Allah & do commit any sin you wish. And secondly, get out of the dominion of Allah & do perform any sin you like to & thirdly seek a place where Allah does not see you & commit any sin you please & fourthly when the angel of death come to take your soul, repel him from yourself & do any sin you may please. And fifthly when Malik (the in charge of the Hell) makes you enter the fire do not enter the fire (hell) & do any sin which you may please.