Sermon of Imam Sajjad (A.S.) in the court of Yazeed 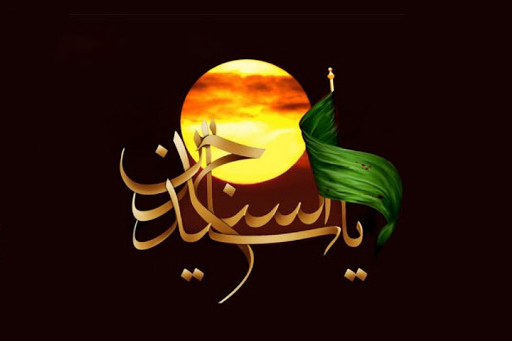 Sermon of Imam Sajjad (A.S.) in the court of Yazeed and the People of Damascus

It was said that the fourth Imam got the best opportunity on the day on which the official preacher mounted the pulpit and abused Imam Ali and his children and eloquently praised Mu'awiya' and his descendants, and thereupon the Imam said to Yazid: "Do you permit me also to ascend these pieces of wood and to say a few things which may please Allah and also become the means of the hearers earning spiritual reward".

The people insisted that Yazid should accord the Imam permission, but he declined persistently. At last he (Yazid) said: "These are the people, who were fed on knowledge and wisdom while the others were sucklings and children. If I permit him to speak he will disgrace me in the eyes of the people". Eventually, however, he had to accede to the demand of the people and the fourth Imam mounted the pulpit. He said things which made a serious impact on the minds of the people and they began to cry and lament.

During the course of his address Imam Sajjad specified the place of Ahlul Bayt in the realm of Islam and said: "O people! Allah has given us six things and our superiority to others is based on seven pillars.

To us belong Hamza and Jaffer. To us belong Asadullah-The Lion of Allah-Imam Ali (a.s.).To us belong the leaders of the youth of paradise-Imam Hassan (a.s.) and Imam Hussain (a.s.).

I am the son of the one who defended the Muslims, killed the oath breakers of allegiance and the unjust and the renegades, struggled against his tiring enemies, the most excellent one of those who walked (to war) from among Quraysh, the first to respond to Allah from among the believers, the prior to all the previous ones, the breaker of the aggressors, the destroyer of the atheists, an arrow from among the shooting-places of Allah against the hypocrites, the tongue of the wisdom of worshippers, the supporter of the religion of Allah, the protector of the affair of Allah, the garden of the wisdom of Allah, the container of the knowledge of Allah, tolerant, generous, benevolent, pure, Abtahi, satisfied, easily satisfied, intrepid, gallant, patient, fasting, refined, steadfast, courageous, honored, the severer of the backbones, the scatterer of the allies, the calmest of them, the best of them in giving free rein (to his horse), the boldest of them in tongue, the firmest of them in determination, the most powerful of them, a lion, brave, pouring rain, the one who destroyed them at the battles and dispersed them in the wind, the lion of al-Hijaz, the possessor of the miracle, the ram of Iraq, the Imam through the text and worthiness, Makki, Madani, Abtahi, Tuhami, Khay‘ani, ‘Uqbi, Badri, Uhdi, Shajari, Muhajiri, the Lord of the Arabs, the Lion of war, the inheritor of al-Mash‘arayn, the father of the two grandsons (of the Prophet) al-Hasan and al-Husayn, the one who manifested miracles, the one who scattered the phalanxes, the piercing meteor, the following light, the victorious Lion of Allah, the request of every seeker, the victorious over every victorious, such is my grandfather, ‘Ali b. Abi Talib".

"I am the son of Fatima, the best woman of the world."

The effect of the speech was so powerful that everybody in the court began to weep and blame Yazid. Yazid was afraid that the Imam continued his speech, there would be a revolution and revolt. At the same time, Yazid could not stop Imam and get him down from the pulpit.

He, therefore, ordered a caller of prayer to give Azaan, knowing that this would automatically cut the Imam’s speech. When the Muazzin said "Allahu Akbar", the Imam testified Allah’s greatness. When the Muazzin said, "Ash hadu anna Mohammadan Rasoolullah", the Imam stopped the muazzin from going any further. He then turned to Yazid and asked him," Tell me O Yazid, was Mohammad (pbuh) your grandfather or mine? If you say he was your grandfather, it would be an open lie, and if you say he was my grandfather then why have you killed his son and imprisoned his family? Why have you killed my father and brought his family to this city as prisoners"?

Eventually, all praise is due to Allah, the Lord of all the worlds.