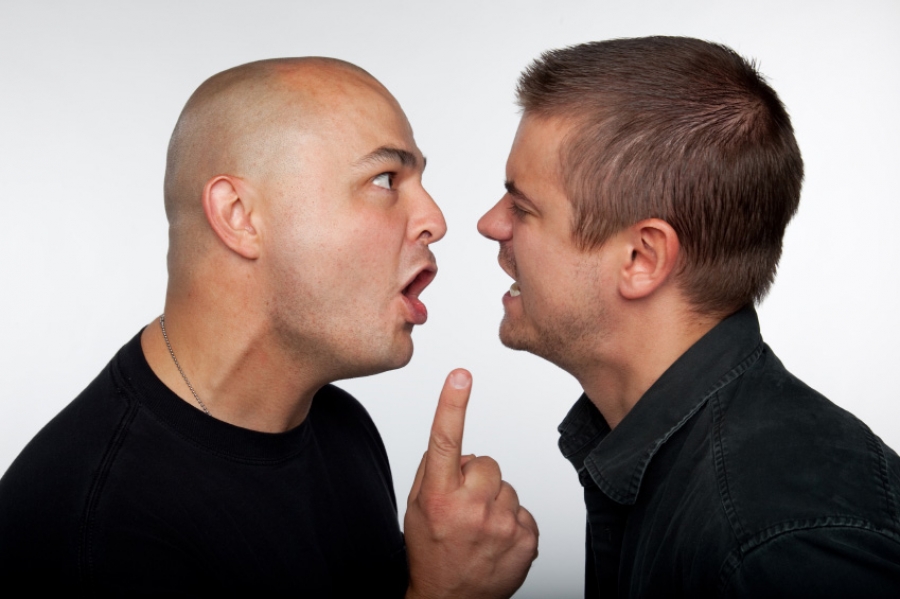 Arguing and teasing are factors that will corrupt the tongue. Islam has ordered us not to argue since it is blameworthy. The Prophet Muhammad (SAW) said:

"Do not argue, tease,or break the promise you have made to your brethren."

"You cannot attain full faith unless you quit verbal arguments even if you are right."

4 Simple Tricks to Help You handle Any Argument

We all get into arguments from time to time. But how do you deal with those people who consistently want to fight and act like they are always right? Contradicting them just feeds their desire for conflict and will cause frustration and strife. Here are five alternative methods for dealing with this type of difficult people.

1. Smile: Deflect the anger. Ask questions designed to get the other person to think about why he or she is upset. It's very difficult to argue with someone who is smiling and conversing without resistance.

2. Let them think your point of view is their own: To do this requires some subtlety but is very powerful against extremely stubborn people who will never admit they are wrong. The trick is to ask questions designed to manipulate the person into arriving at your conclusion "on their own."

3. Admit your mistakes: If you did something wrong or made a mistake, just be humble and admit it. This sound like you're accepting defeat, but actually it is vice versa since it takes the combative person completely off-guard. One of two things usually happens next: either the other person will feel bad for even bringing up the issue and will suddenly be very helpful, or they won't know how to respond immediately which gives you the opportunity to say something leading the conversation into a more productive direction.

4. Be silent: This is an especially strong technique when you know you're right and you suspect the other person knows it but isn't ready to admit it. Let the person fumble and squirm around while you just listen.