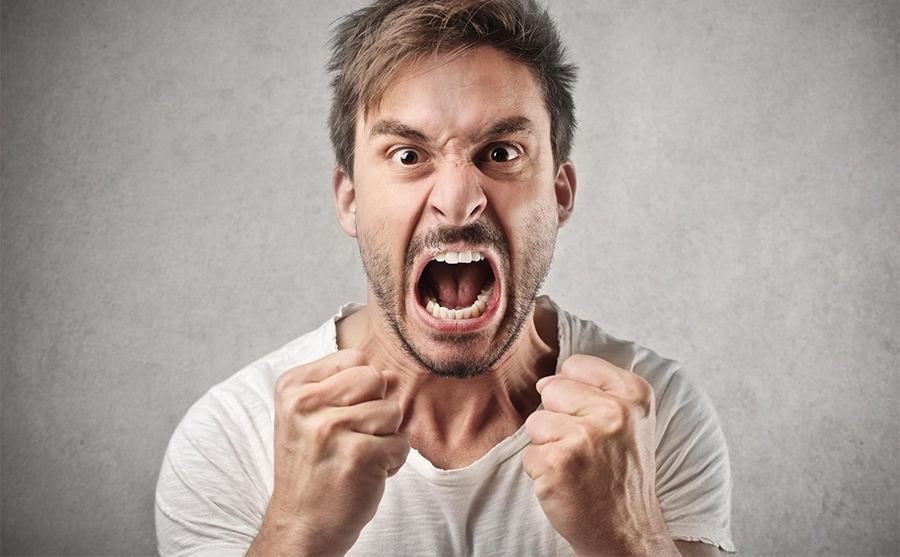 3254 2 share 2
Related Links
Mutual Understanding At Home
The world and the hereafter are the two sides of the same coin! The apparent side of the coin is the world and the hidden side is the hereaf...
Lifestyle » Islamic Family
Practical ways to avoid arguments
We all get into arguments from time to time. But how do you deal with those people who consistently want to fight and act like they are alwa...
Ethics & Morals » Vices
Greed and Aspiration (story)
The Abbasid Caliph Haroon al-Rashid desired that any one who had seen the Holy Prophet Muhammad (SAW) in his lifetime be brought before him....
Ethics & Morals » Vices

Anger is one of the conditions of the soul, and possesses three states.

The state of excess, which is defined as what would put one outside the bounds of Islamic religion and its laws.
The state of deficiency, which is defined as the state in which one fails to take a violent action even though it is necessary for his self defense.
The state of moderation, in which anger is stimulated in appropriate and permissible circumstances. Thus it is clear that the first and the second states are amongst the vices of the soul (diseases of soul), while the third is amongst ethical virtues produced by courage.
Excessive anger is a fatal disease, which can be considered as a type of temporary madness. When it subsides, it is immediately followed by remorse and repentance, which represent healthy responses of a rational person.

Anger is a secret weapon of man towards evil, but in the state of excess, it results in the destruction of many noble qualities. It snatches away the wisdom of man and thus he becomes a brute beast devoid of any sense. Anger is a temptation and deception of Satan.
Anger is the root of all evils. Anger is a spark of fire that is always bursting. Anger is a very bad condition that weakens the person's faith. Anger is the strong feeling caused by extreme displeasure and hostility.

"Anger is a stroke of madness, since the afflicted later feels remorse and regrets. If someone does not feel any remorse after anger, it means that his madness has become fixed."

Imam Ali (AS) has also said:

"Protect yourself from anger, for its beginning is insanity and its end is remorse."

Moreover, absolute absence of anger is also a vice, which drags man into humiliation, subjugation and inability to defend his rights. In order to cure excessive anger, one must first remove its causes. These may be pride, selfishness, stubbornness, greed and other such vices. One must also consider how unseemly excessive anger is, and how evil its consequences may be.

Secondly, he must examine the benefits of forbearance and self-restraint and associate with people who possess these qualities. He must also realize that Allah's (SWT) power is supreme, and everything is under His command, which would make him realize his own weakness compared with the infinite power of Allah (SWT).

Thirdly, he should know that a person in a state of anger is not loved by Allah (SWT); moreover, he may do something in anger, of which he will be ashamed later on.

The opposite of anger is mildness and forbearance - characteristics which count amongst perfect qualities of the soul. They make a person forgiving and merciful, although he may have complete power to take revenge.

"Keep to forgiveness, and enjoin what is fair, and turn away from the ignorant." (7:199)

And The Holy Prophet Muhammad (SAW) has said:

"Forgiveness raises a man's station; forgive so that Allah (SWT) may honour you."