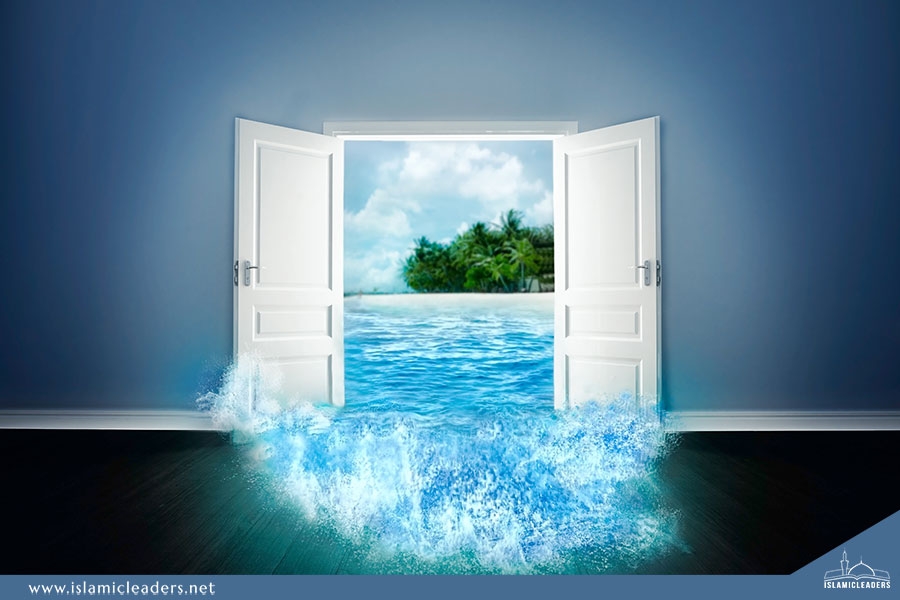 2975 0 share 0
Related Links
Sincerity of deeds is the key to salvation
Sincerity in essence means purity of intention against polytheism, hypocrisy, and sensual desires on the one hand and having pure love and a...
Lifestyle » Spirituality
taqiyya ('dissimulation') as viewed by the Shi'ite school of thought
One of the teachings of the Qur'an is that a Muslim is permitted to conceal his belief in situations wherein, as a result of expressing it, ...
Beliefs & Creeds » General Beliefs
Merits of the Ahl al-Bayt (Hadith of the Cloak)
...Thus it is clear from above discussion that Prophet Muhammad's (pbuh) daily habit of stopping at his daughter Fatima Zahra's (as) house a...
Qur’an & Ahl al-Bayt » About Ahl al-Bayt

In the battle of Khandaq, the Muslims dug a ditch around Madina for their defense, so that the enemy could not get across. A man from the enemy side called 'Amr bin 'Abdawud, who was known for his strength, courage and art of fighting managed to get across the ditch. All the Muslims were terrified to fight him and only Imam Ali (A) came forward to fight this man. As the Imam (A) walked towards the enemy, the Prophet (S) said,

'The entire faith (Iman) is advancing to face the entire infidelity (Kufr)."

There was a fierce fight until at last the Imam (A) threw 'Amr down onto the ground and mounted his chest ready to kill him. Just as the Imam (A) was about to kill this enemy of Islam, he spat on the face of our Imam (A). Everybody was certain that because of this insult, 'Amr would meet his death even faster. To their amazement, however, the Imam (A) moved off from 'Amr's chest and walked away. 'Amr attacked the Imam (A) once more and after a short while, the Imam (A) again overpowered and killed him.

O my God, Master and Lord! can you see yourself tormenting me with your fire after I have professed your unity,
and after the knowledge of you my heart has embraced,
The remembrance of you my tongue has constantly mentioned,
The love of you to which my mind has clung,
And after the sincerity of my confession and my supplication, humble before your lordship?
Far is it from you!
You are too generous to squander him whom you have nurtured...2