Into the lions' Cage (story) 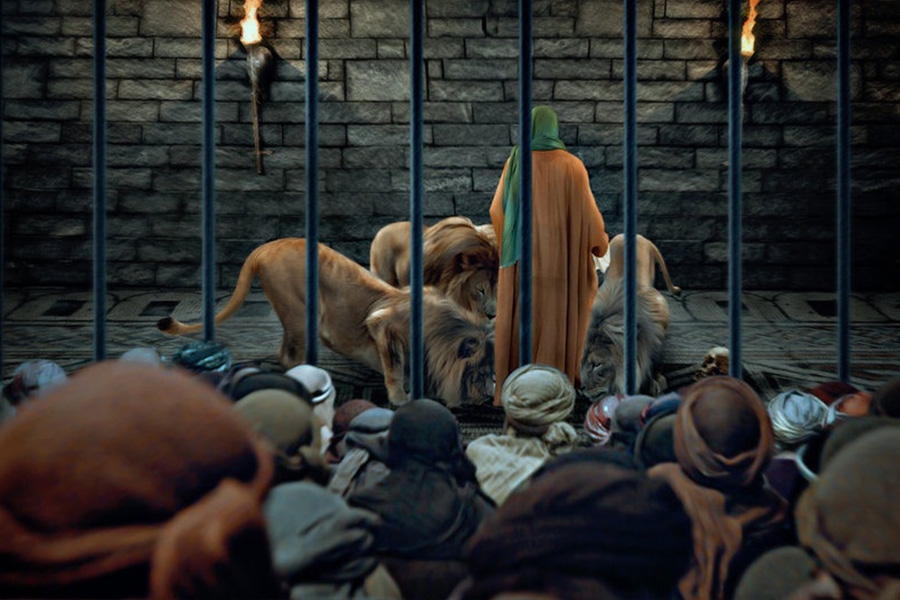 1466 0 share 0
Related Links
Taste the heat of fire! (story)
Tired and exhausted with the waterskin on her back, she was gasping and going towards her house where some innocent children, their eyes fix...
Qur’an & Ahl al-Bayt » Stories and Narratives
Divine Trials and tribulations of Prophet Job (Ayyub)
...But then, he became the object of Divine trials - not for having committed any sin but rather for raising his rank and status - such that...
Qur’an & Ahl al-Bayt » Stories and Narratives
Greed and Aspiration (story)
The Abbasid Caliph Haroon al-Rashid desired that any one who had seen the Holy Prophet Muhammad (SAW) in his lifetime be brought before him....
Ethics & Morals » Vices

Once in the time of our 10th Imam, Imam Ali al-Hadi (A), a lady came to the king, Mutawakkil. She claimed that she was Zainab (A), the daughter of Lady Fatima (A), the daughter of the Prophet (S). Mutawakkil told her that this could not be true because many years had passed since the time when Zainab (A) was alive, and the lady looked very young. The lady answered that she was indeed Zainab (A) and that she looked young because the Prophet (S) had passed his hand over her head and prayed for her to remain young forever. Mutawakkil did not know what to do so he called all the wise men and asked them for advice. All of them said that the lady was lying, but did not know how to prove this.

In the end they decided to call the Imam (A) and ask him what to do. The Imam (A) told Mutawakkil to put the lady into a cage of lions and if what she said was true, then the lions would not harm her, because the wild animals do not hurt the children of Lady Fatima (A). The clever lady said that the Imam (A) wanted to kill her and that if what he said was true then let him go into the cage first. The Imam (A) agreed and went into a cage of lions. The lions did not harm the Imam (A) and instead they caressed him. The Imam (A) then came out and told the lady that now it was her turn. The lady began to cry and said that she was sorry and that she did not mean to lie, it was only a joke. But the king ordered her to be put into the cage anyway.