The Horse That No-one Could Ride (story) 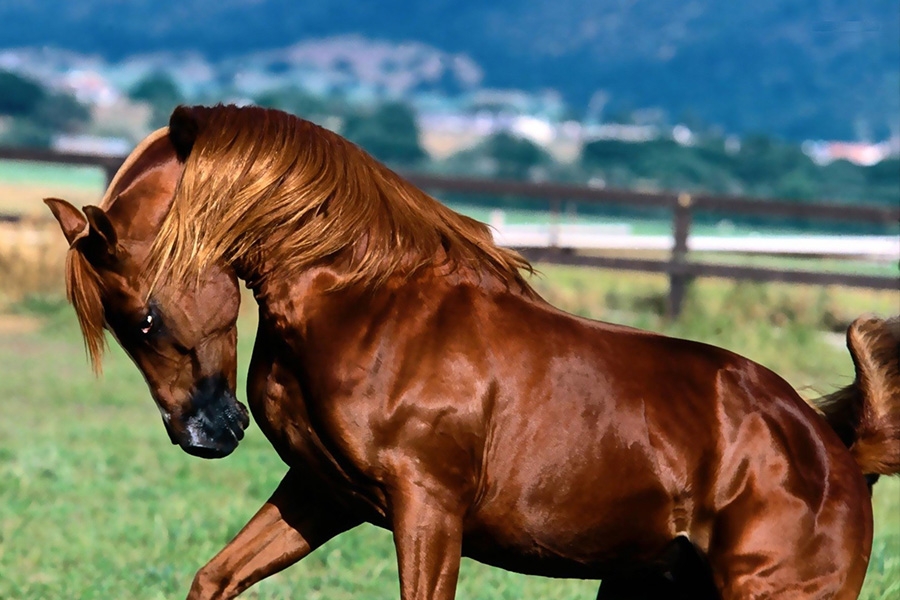 When our 11th Imam, Imam Hasan al-Askari (A), was a young boy, his father, our 10th Imam (A), was called by the king to live near him in Baghdad. The Imam (A) left his hometown of Madina and came with his father to the king's capital. During the lifetime of the Imam (A) several kings died and new ones came to power. Each of the kings had one thing in common: they were jealous of the Ahlul Bayt (A) and behaved meanly with the Imams (A). One of the kings was called Musta'in.

One day he was given a horse that refused to let anyone ride it. It was a big and strong horse, and many riders were thrown off its back and hurt. The evil king had an idea. He thought of inviting the Imam (A) to the palace and then asking him to ride the horse. He wanted the Imam (A) to get hurt badly. When the Imam (A) came to the palace, the king pointed to the stubborn horse and said, "Why don't you ride that horse?" The Imam (A) saw that even the servants were having difficulty holding the horse still, but he agreed. As soon as he came close to the horse a very strange thing happened! The horse calmed down and bent its neck down so that the Imam (A) could get on to its back. Then the Imam (A) rode the horse for a while before bringing it back to the king. The king was ashamed of his plan and he told the Imam (A) that he could have the horse as a gift. 1