Contentment; The Secret of True Happiness 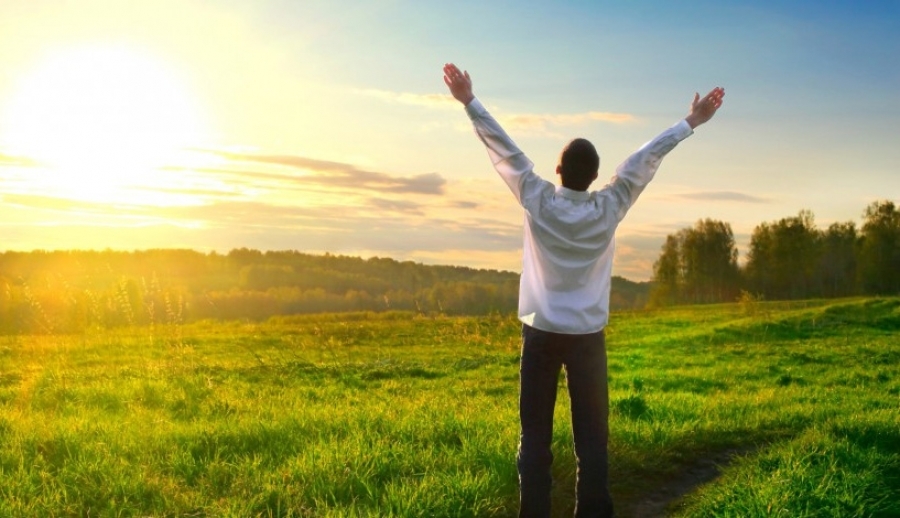 As we all pass through life looking at people and materialistic things around us, we often tend to look at people above us and desire to be like them. But Islam advises us to look at those below us and feel content with what Allah (SWT) has provided us. The suggestions listed below are some practical ways on achieving this contentment and repelling the greed of wanting more.

Note: Contentment is the neuro-physiological experience of satisfaction and being at ease in one's situation. It is said that a man complained about his old shoes until he saw a man who had no feet.

"Contentment is not the fulfillment of what you want, but the realization of how much you already have."

Greed for More: A Fact of Human Nature

Contentment is one of the most important prerequisites for happiness in life, and, unfortunately, many of us lack it.

Contentment is one of the most important prerequisites for happiness in life, and, unfortunately, many of us lack it. We have a good car that meets our needs, but we always want a nicer, more expensive one. We have a nice house, but we always want a bigger, fancier, more expensive one. More jewelry, fancier clothes, a boat. The list goes on. We always think about more rather than saying, "Alhamdulillah," for what we already have.

Islam advises us to look at those below us and feel content with what Allah (SWT) has provided us.

"Remember death repeatedly. This will save you from longing for the worldly pleasures. Show gratitude frequently and this will increase the graces upon you. Pray to Allah (SWT) so recurrently, because you do not know in which time Allah (SWT) will respond to your prayer. Beware of tyranny, for Allah (SWT) has ordained that HE will support those whom are oppressed."

"If a son of Adam (AS) possessed two vast valleys wherein gold and silver flowed, he would still wish to search for the third one."

"The world is like water of the sea, the man who is thirsty, the more he drinks its water the more he becomes thirsty, until the water kills him in the end!"

Things that Lure us Out of Contentment

A good rule for developing contentment is to always look at the people who have less than us, not the ones who have more. In America, this is difficult because almost all advertisements are geared toward showing us people who have more than us and enticing us to want more. They show us beautiful cars, beautiful houses, handsome men, and beautiful women. And we can get it all with a credit card. If our lives don't match the ads, we should make a change - buy a new car, get a new wife, give her a bigger diamond!

Even Muslims have fallen into this trap. Many drive expensive cars far beyond their needs, not just for dependability, but for prestige or to make people say, "Wow!" These Muslims have been deceived, duped by the multi billion dollar advertising industry - the chief enemy of contentment, the chief advocate of a lifestyle of constant wanting.

We tend to forget that happiness doesn't come as a result of getting something we don't have and constantly thinking about it, but rather of recognizing and appreciating what we do have.

We tend to forget that happiness doesn't come as a result of getting something we don't have and constantly thinking about it, but rather of recognizing and appreciating what we do have.

"O Fatima! today endure the hardships and poverty with patience so that you may acquire the comfort of Paradise tomorrow on the Day of Judgment."

On another occasion, Umar bin Khattab saw the simple life of the Prophet Muhammed (SAW) and said: O Messenger of Allah (SWT)! While kings sleep in soft, feather beds, you are lying on a rough mat. You are the Messenger of Allah (SWT) and thereby deserve more than any other people to live an easy life. The Prophet Muhammed (SAW) was reported to have replied:

Do you not agree that the luxuries of the world should be theirs but those of the Hereafter ours? (Bukhari, Tafsir, 287; Muslim, Talaq, 31)

There can be no doubt that the Prophet Muhammed (SAW) and our Imams - some of the greatest heroes of Islam - lived very simple lives with contentment.

The following are some principles that, if remembered, will help us develop this type of contentment in our own lives.

As previously mentioned, we should look at the people who have less than us, not those who have more.

When purchasing something, we should consider what we need, not how glamorous or prestigious it is.

We should feel empathy for the poor and know that they have rights on our excess money.

We should look at what we already have and be thankful to Allah (SWT).

Many people possess the material goods of the world and are not happy. In fact, they are often the most miserable people. With everything they have, they still feel they want more. This unfilled desire, along with the constant nagging in their heart for more, makes them unhappy. Those who have little but feel no need for more do not experience this nagging in their heart. They can relax and find peace. Indeed, the richest person is not the one who has the most, but the one who is content with what he has.

"Wealth does not mean having a great amount of property; the real wealth is self-contentment." Sahih Bukhari (Book 81, Chapter 15)