The Principles of General Health in Islam

Lifestyle » Nutrition & Health
The Principles of General Health in Islam 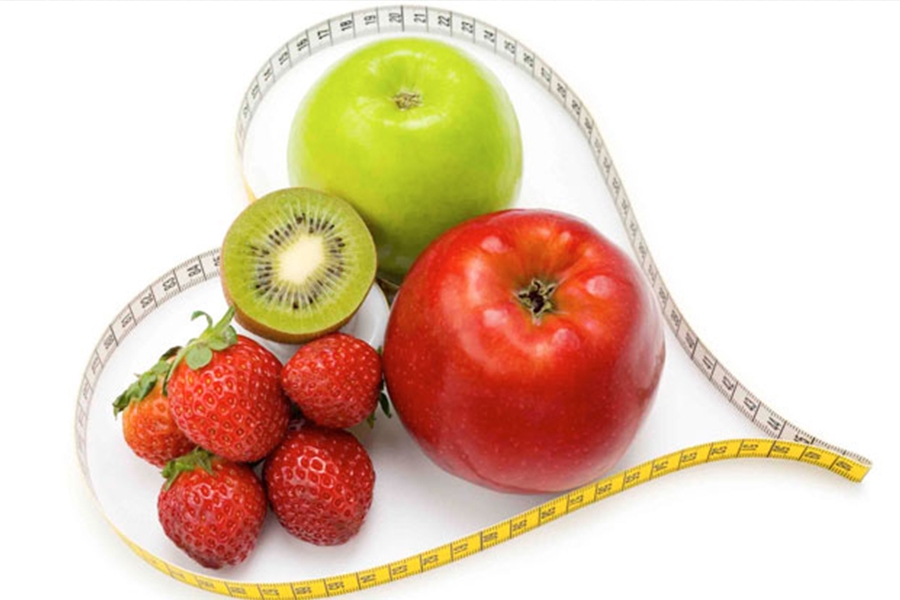 977 0 share 0
Related Links
Ablution (Wudu) according to the Shi'i school of thought
There are some differences between Shi'a and Sunni school of thought with regard to ablution, but what is the opinion of the Qur'an and Sunn...
Beliefs & Creeds » General Beliefs

Some Western physicians, after they had been acquainted with the Islamic medicine, accepted Islam. Dr. Georgeo Dar Blanto says,

“All of the Islamic precepts, rituals, and recommended practices have a good relation with health. They always intend to achieve two goals at the same time; religious and physical.”

“The Islamic instructions represent health since they call to contentment and moderation in food and drink, cleaning, and washing with pure water five times a day before every ritual prayer. In addition, the ritual prayer is a set of physical activities. Islam has also decreed to confine those who are defected by infectious diseases. The Islamic sciences allot a great part of searches for the health conservation.”

The fascinating physical instructions of Islam admired the Western physicians, such as Dr. G. Blanton and Dr. Ronan, who regard the Prophet (s) as the noblest and the excellent physician in this world. Dr. Blanton says,

“It is quite undeniable that treatment and health were within the main topics that Mohammed dealt with. In addition, he himself enjoyed a considerable acquaintance with medicine.”

At any rate, the Prophet (s) cared very much for the well-being since he believed that without the marks of the physical education along with its application, the elements of the sound life are unavailable. He was so careful of the physical soundness such that he used to instruct his companions to supplicate to God for good health and recovery,

“After certitude, nothing is more beneficial than sound health.”

He also approved medicine and called to specialization in this field.
He said,

“Science is of two sorts; physical and religious.”

Likewise, he ordered of medication and assured that each malady has a remedy. He said,

“Use medication. God has not made a malady before He had created its remedy, except death- it is surely cureless.”

He also constituted a special medical program titled ‘At-Tibb un-Nabawi –The Prophetic Medicine-’. In this program, he exposed some diseases and provided their remedies in addition to a comprehensive elucidation of food, such as fruits, edibles, and meat that are medically useful.
Imam Ali (a) also expressed some physical courses within his recommendations and advice, among which was that magnificent advice he had afforded to his son Imam al-Hassan (a) in which he said:

“O son! May I offer four words after which you will no longer need medicine? Do not eat unless you are hungry. Stop eating while you are still hungry. Chew food deliberately. Before sleeping, go to toilet. ”

This advice is the highest physical recommendation that the modern medicine has declared. Overeating and inaccurate chewing bring about many diseases to the digestive system.
Imam as-Sadiq (a) also discussed medicine and hygiene and delivered valuable lectures that revealed the most accurate affairs of these sciences. He also discussed physiology, blood circulation and the microbes that affect diseases. Moreover, he reviewed the qualities of fruits, vegetables, meat, and the like. These physical and medical discoveries have been compiled in a book titled ‘Tibb ul-Imam as-Sadiq’ –Medicine of Imam as-Sadiq-.

The Imam argued with the best physicians of his age and discussed the deepest and most accurate medical advances. Those physicians submitted to his knowledge and confessed of the questions he had provided. Most of these argumentations are recorded in the books dealing with the life of the Imam. We may consider that the best of these advances are those recorded in the book titled ‘Amalil Imam as-Sadiq’ –Dictations of Imam as-Sadiq-, in which chapters pertaining to physiology with its accurate questions and topics are recorded. The most modern scientific labs and analytic devises and technology have not attained the topics that are discussed in that book.
Naturally, these treatises contributed in the development of hygiene. As much as we conceive, the most splendid physical theses that are related to the Imams (a) are those recorded in the book titled ‘Ar-Risaletul Thehebiya’ –The Golden Treatise-. It is also called ‘Tibbul Imam ar-Rida’ –The Medicine of Imam ar-Rida-.
Imam ar-Rida (s) wrote it as a response to the demand of al-Mamun, the Abbasid caliph. Historians mention that the caliph concerned greatly with that book that he ordered the writing of it with gold and be took as a course of his physical life. He also eulogized that book honorably. He said,

“I named it the golden and stored it in the store of wisdom after the Hashemite youth had copied it. The soundness of corporeality depends upon the well preservation of food and averts diseases to form vigorous life that brings about wisdom due to which the Paradise is gained.”

In any case, Islam has constituted general principals of physical courses that guard against many diseases.

Cleanness is one of the most important elements of the composition and prosperity of the physical life since it protects from the lethal and epidemic diseases. Islam has adopted positively and involved some rulings and obligations to cleanness. God praises and adds cleanness to the qualifications of the favorable. He says:

Surely, Allah loves the returners and loves those who purify themselves.

Certainly, a mosque founded on piety from the very first day is more deserving that you should stand in it. In it are men who love that they should be purified. And Allah loves those who purify themselves.

Many reports of the Prophet and the Imams deal with the adherence to cleanness, considering it as a principal rule of the individual and social lives.

“Cleanness is a part of faithful believing.”

“The religion is based upon cleanness.”

“Purity is the half of faithful believing.”

And do not throw yourselves to the danger.

Islam has also abhorred and warned against dirt. The Prophet (s) said,

“How evil the dirty servants of God are!”

Some of the types of dirtiness are the body dirt, dress dirt, lodging dirt, sitting in dirty places, and spitting in the public places and mosques.
Islam’s attention to cleanness is evidently clear through the following enactment:

Islam has directed both sexes to wash all of the body, with water soon after any sexual intercourse or wet dream. God says:

And if you are under an obligation to perform a total ablution, then wash yourselves.

Modern science has proven that the human body loses a part of its vitality and activity after each sexual intercourse, and will not return by any action other than washing all of the body with water. It is also obligatory upon women to wash their bodies and remove the dirt of blood after purification from the blood of menstruation. This washing recovers the women’s vitality and activity. Muslim jurists refer to other obligatory and recommended baths that make Muslims clean, in most cases, and away from dirt and filth.

Ablution is obligatory before the five daily prayers in addition to other obligatory prayers except the Funeral Prayer. It is obligatory to wash the face and the two arms, and pass the hand over, for Shias, the head and the feet. Similarly, it is recommendable, in the ritual ablution, to wash the hands and rinse the mouth and the nose in addition to the other actions. The specialist physicians mention important advantages for the ablution. They are as follows:
1. Water that is shed on the face and the hands helps in activating the dermal capillaries. This increases the heart vivacity, activates the body respiratory processes, and helps in inhalation and exhalation. Consequently, the perceptive motivated nerves are stimulated. Then, the stimulation moves to the whole cardiac, gastric, and pulmonic nerves, as well as all of the organs and glands.
2. Eyes are protected against ophthalmia because they are washed with water several times a day.
3. The nasal channels are cleaned from the germs gathering there by rinsing the nose.
4. The skin is protected against dermatoses. The face and the hands are uncovered organs that are vulnerable to the affection of microbes. Immunity will certainly be obtained if those organs are washed several times a day.
5. The oral cavity is protected against the germs that penetrate because of the pollution of hands. If the hands are always clean, they will not carry any microbe. Diseases that affect the human body through polluted hands are the digestive parasites, typhoid, and paralysis. At any rate, the ablution is the most notable means of protecting the human bodies against such serious diseases.
6. The ablution alleviate tense nerves and anger, as physicians aver. The Prophet (s) said,

“Rage is the Satan’s. The Satan is created of fire. Water extinguishes fire. You should perform the ablution whenever you are enraged.”

Islam has recommended using the toothbrushes. The Prophet (s) said,

“Unless I did not want to fatigue my people, I would order them of using the toothbrush.”

The toothbrushes in the early era of Islam were the miswaks. They are branches of a tree that includes small fibers used for cleaning the teeth. Dr. Hamid al-Badri refers to some of the hygienic advantages of these fibers. He says,

“This plant is chemically composed of cellulosic fibers and some volatile oils. It has aromatic rating and mineral salts such as Sodium chloride, which is the normal salt, and potassium chloride and gypsum oxide.
Thus, these sticks are natural toothbrushes that are supplied with mineral salts and aromatic materials that help in cleaning the teeth. The Prophet (s) and his companions used these natural toothbrushes many centuries ago, while the other toothbrushes were first used in 1800. It is worth mentioning that any negligence of the teeth may lead to tooth decay that carries poisonous materials and originates many diseases.”

Islam has legislated cleaning after using the toilet. This process stands for cleaning the urinal organ twice or, preferably, three times with water. For the fecal organ, it is optional to clean with water or with a material that removes the feces thoroughly. The first way, however, is preferable, as jurists confirm. This notable enactment creates body cleanness and protects against the microbes and the dirt of the urine and the feces.

Jurists unanimously have agreed upon the obligation of wearing clean (Tahir) clothes during prayers. They have also ruled the invalidity of the prayers that are performed by those whose clothes are –intentionally- unclean (Najis). They rule that such prayers should be repeated with clean clothes. It is quite acceptable that the cleanness of dresses plays a big role in the achievement of individual and social physical soundness, and protects against definite diseases.

Islam tends to clean the parts of the body; hence, it urges on hairdressing and nail clipping. The Prophet (s) said,

“There are five matters that are within the sound nature. They are shaving the pubes, circumcision, trimming the mustache, tearing out the hair of the armpits, and clipping the nails.”

Health and protection against infectious diseases are obtained through the application of these healthy courses.
In any case, Islam has decreed cleanness, because it involves the prosperity and the development of the general health, and contributes in saving good physical soundness. The developed countries, along with the international health organizations, strive for publicizing the general health among peoples of the world.
They also work for guarding man from irregularity and aberrance. Bantam, the English, says,

“Diligent preservations in the legislative purity of the Islamic religion will dismiss sinning and quit the defects. All of the criminals that I have seen in the jails were dirty in appearance and reality.”