Islam is a Religion of Peace and Tolerance 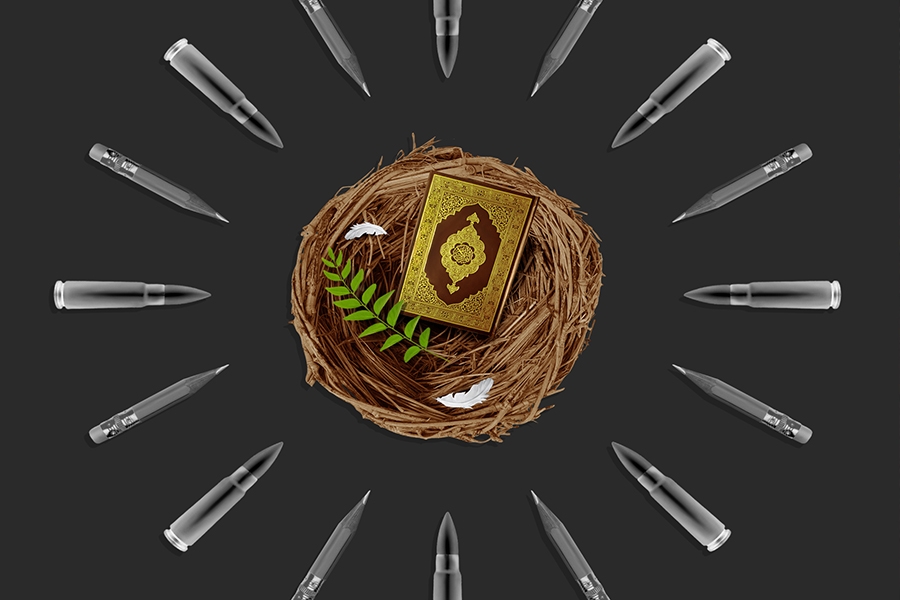 1356 0 share 0
Related Links
Is it possible to attain perfection through any religion other than Islam?
In order to clarify the answer to the above question, we must study certain arguments such as the reasons behind incompleteness and deficien...
Islam & Religions » About Islam
A perfect explanation of the reality of Islam
Islam is an Arabic word which means submission and surrender. Thus as a religion, Islam means complete surrender and submission to God and h...
Islam & Religions » About Islam

UNESCO's Member States adopted a "Declaration of Principles on Tolerance" [1] on November 16, 1995, according to which the variation of our world's cultures must be respected. Since people are naturally diverse and variety is the spice of life, we must recognize the fundamental freedom of others as universal human rights; otherwise, no one can ensure the survival of mixed communities in every region of the globe. That is to say that tolerance could not be qualified only as a moral duty, but also as a political and legal requirement for individuals, groups and States.

Now let's have a look at the verses of the holy Quran to see whether this Holy and divine scripture ensures tolerance or not; Because, there might be a mistaken belief, especially in the western societies, that Islam is categorically opposed to the principle of tolerance due to the miss-behavior of the terrorist groups, known as so called Islamic fighters, towards Muslims or non-Muslims. Referring to the holy Quran and the tradition of the holy Prophet Muhammad (P) we find out that not only Islam is not opposed to the existence of other religions but also encourages its followers to tolerate and respect the people of other faiths.

There are many verses in the Holy Quran that orders Muslims to tolerate others and do not force others to accept their religion; because, according to the Holy Quran:

“There is no compulsion where the religion is concerned.” [2]

Quran tells Muslims to live peacefully and do not make corruption in the world; because,

"enter absolutely Peace (Islam) and Do not follow in the footsteps of Satan. He is an outright enemy to you.” [4]

In fact the word Islam itself means peace that’s why this religion came to bring peace in the world.

Referring to the holy Quran and the tradition of the holy Prophet Muhammad (P) we find out that not only Islam is not opposed to the existence of other religions but also encourages its followers to tolerate and respect the people of other faiths.

Based on the mentioned verses of the Holy Quran, no one can pressurize others to leave their own religions and believe in Islam or in any other religion. As the Holy Quran says

“You cannot guide those you would like to but God guides those He wills.

Contrary to these teachings of Islam, there are so called Muslim groups such as ISIS, Boko Haram, Taliban and Al-Qaida who massacre innocent followers of the other religions forcing them to leave their own religions and accept their misconception and interpretation of Islam.

Muslims and non-Muslims must be aware of the real teachings of Islam that the behavior and practice of those pseudo Muslim groups is totally and categorically opposed to Quran and Islamic tradition. Islam is a religion of peace, mercy and tolerance but we must study the Holy Quran and the tradition of the Holy Prophet (P) in order to know what Islam is and who are Muslim.

“We have appointed a law and a practice for every one of you. Had God willed, He would have made you a single community, but He wanted to test you regarding what has come to you. So compete with each other in doing Good. Every one of you will return to God and He will inform you regarding the things about which you differed.” [6]